September 22, 2014
Sometimes those of us who live in the city can forget what a big deal the Bank of America Chicago Marathon is. Well, not really, that would be pretty hard to do considering just what a big deal it actually is. But, when you’re used to living in the city (and maybe you have a few Chicago Marathons under your belt) you can forget that this is a World Marathon Major (an elite group of marathons that only includes Berlin, Boston, Chicago, London, New York City and Tokyo). And while we may just be taking the train downtown to run on October 12th, people will be coming from all over the world to run this marathon. 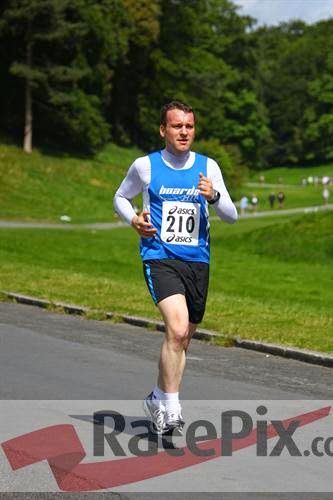 Joe O’Reilly is one of those people.

Coming in from Dublin next month, Chicago will mark O’Reilly’s 7th marathon (he’s previously completed four in Ireland as well as Paris and Berlin). Four years ago he wouldn’t have guessed he’d be making this trip. “I got into running as part of a weight-loss journey I took four or so years ago where I lost about 90-95 pounds,” says O’Reilly. “Before then I did social sport, but had always been overweight from very young and I realized I loved running and being outdoors and have been addicted ever since!”

O’Reilly will be staying with me in October for marathon weekend before we both head downtown on Sunday to tackle the 26.2 miles, so I thought I’d ask him a few questions about his running history (and running future).

Zach: You said you started running as a weight-loss journey. Did you initially think you would love it as much as you did or did you originally see it as more of a means to an end?

Joe: Yes and No really. I had always been overweight and also pretty inactive, and had the negative self-perception issues which often come with that. I did some sports, but never trained or practiced and was always on the bottom team. But when I started to get my weight under control I got this idea that I should try new foods and also try a lot of different activities, and for running I started into Couch to 5k. I was initially running in a gym, but on vacation one summer I ran in a very quiet country road for a few kilometers and realized I loved it. I loved being outside and seeing the world go by. A few weeks later I got up the courage to run outside in central Dublin and realized no one was staring at the big fat guy running, that no one noticed at all. It really started to grow and grow from there.

When did you know you were hooked?

As soon as I got into running outdoors and doing couch to 5k I was addicted. It took me a few months to build up the courage to do my first race, as like everyone doing that first race I was sure I would finish last and everyone else would be matchstick-like runners. As soon as I saw for myself that folks doing races are of all ages, shapes and sizes and no one was looking at you, I was hooked.

Had you tried other weight-loss techniques before?

Many. I had done a lot of "fad" diets and "lose weight easily" plans and schemes, but in the end it was quite simple common sense to be honest: get my portions in control, exercise more [indeed for me at the start, exercise full stop!] and eat a lot of protein, fruit and veg, and less processed food. As a wise old gentleman said to me once, “Don't eat anything your great-grandfather could not have eaten and if he could have eaten it, eat as much as you like.”

What about the marathon distance appealed to you?

I really don't know. Initially, it was simply that I thought I could never do that, it was an event I watched on TV with awe, and then as soon as I was running 5ks and 10s I instantly entered the Dublin Marathon in 2011, but told no one for a long time. That first one was not a great experience due to an injury flaring up with 10 miles to go, and from there I had to do another one, to do myself justice, and the excuses to enter the next one and the next one came from there.

How did you choose Dublin to do first and why? 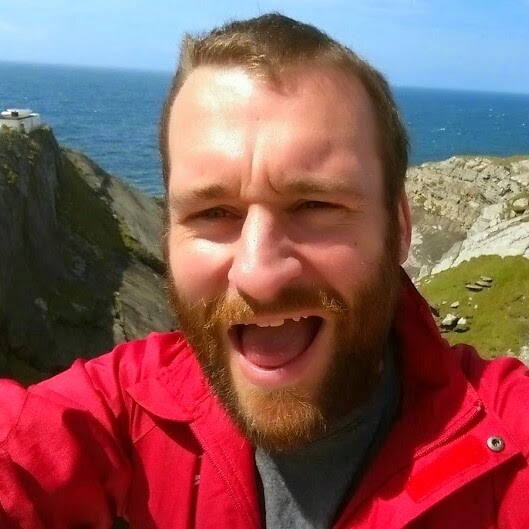 There is nothing better than your home city marathon and seeing faces you know from home, from work, from school all over the course, and having friends cheer you on.

How did you choose Chicago for your 7th marathon?

I have family in San Francisco, and have been over their many times, and had friends in New York for a few years and have also visited there. But I have never been "inside" the US, only on the two coasts. That was a big pull, simply visiting the great city of Chicago, combined with the fact that it’s a World Marathon Major which is famous for great support and great fun before, during and after! So it fits in with my mentality of work hard and then play hard. I have never been to Chicago, and I can’t wait.

What time/pace are you shooting for (if you’re comfortable sharing)?

My personal best [or PR as you say over there!] is 3:38, so I have been training to try and dip under 3:30, but I might go off slightly slower than that, simply aim to beat 3:38 and enjoy myself, rather than run myself into the ground and have the race and the city bypass me.

What kind of training plan have you been following?

I had a training plan from my running club which worked for me in previous marathons, and what I have done is use my experience and tweak that plan around my life and what kind of training I want to do. When I have tried to do serious speed work in the past I have had real injury issues. So I have focused on marathon pace running and more long runs than I would normally do, and near to zero runs at 5k and 10k pace, in a calculated gamble.

What do you think is going to be the biggest difference between your training in Dublin and the streets of Chicago?

Dublin is at the foot of rolling hills, so trying to find stretches of perfectly flat running, which mirrors the course in Chicago has been a bit of a challenge. It’s also the small things: the sports drinks on the course are near impossible to find here, so I have not been able to practice with them, so I may get out there on race day and have them disagree with me!

What are you most looking forward to about this marathon?

One of the reasons I love doing marathons is getting to see the city you're running in and getting a different perspective on a place. For that reason, I liked the Paris Marathon more than the one in Berlin. Where Berlin is more famous and a far faster race, the Paris marathon goes past many of the city’s most famous sights and was a brilliant experience. For the same reason I can’t wait to see all that Chicago has to offer, before, during and after the race.

What are you planning to check out in Chicago before the marathon?

I'm a bit of a history and museum junkie, and Chicago has a huge amount to offer around that. I also love pizza and Chicago is world famous for what it can offer pizza lovers!! But I will need to be careful and not burn too much energy before the race and have some balance!

You’re coming into town several days before the marathon – did you plan this to help avoid jet lag affecting your run or just to have time to tour Chicago?

Yes, for sure. There are also things like the potential for flights being late and bags going missing. But getting into town a few days in advance gives time to get over any problems and also get my body ready and adjusted to Chicago time.

What do you think is the biggest misconception about running?

Before I started I was convinced that only skinny people can run, or only the kind of people who ran Cross Country in school did it. Where in reality anyone can run, and folks of all ages, shapes and sizes run. I also assumed it would be ultra-competitive, and it can be if you want but you can also jog around and chat and have fun if you want to.

How often do you participate in “races” (as separate from “training”)? What do you see as the difference between the two?

I used to do races every few three or four weeks most of the year round, but have done far fewer races this summer, for reasons of lack of time and also the simple fact that I found racing too much just resulted in my body getting injured. This summer I wanted a good period of training and no injuries leading into the big race.