So... I don't think I've made it any secret that I really like races that have slip 'n slides.

The Ridiculous Obstacle Challenge (ROC) Race looks like it takes the slip 'n slide to the next level with all kinds of slides and other water obstacles (and a lot more water- and bubble-themed obstacles than mud). It actually looks more like running through a sweet water park than an obstacle run. So I was already interested just looking at the promos for it. And thinking about the joy of sliding on a giant slip 'n slide (I guess it's just a slide at that point) in the middle of the July heat.

But after talking to Fuzzy and Erica about the race (for which they're both registered) this weekend I decided that I definitely have to run it. So I'm adding this to my list of atypical running events this year (along with May's Tough Mudder).


In case you're interested in signing up as well,
the discount code HIGH5 is good for $5 off registration.

And this is definitely going to be me in July: 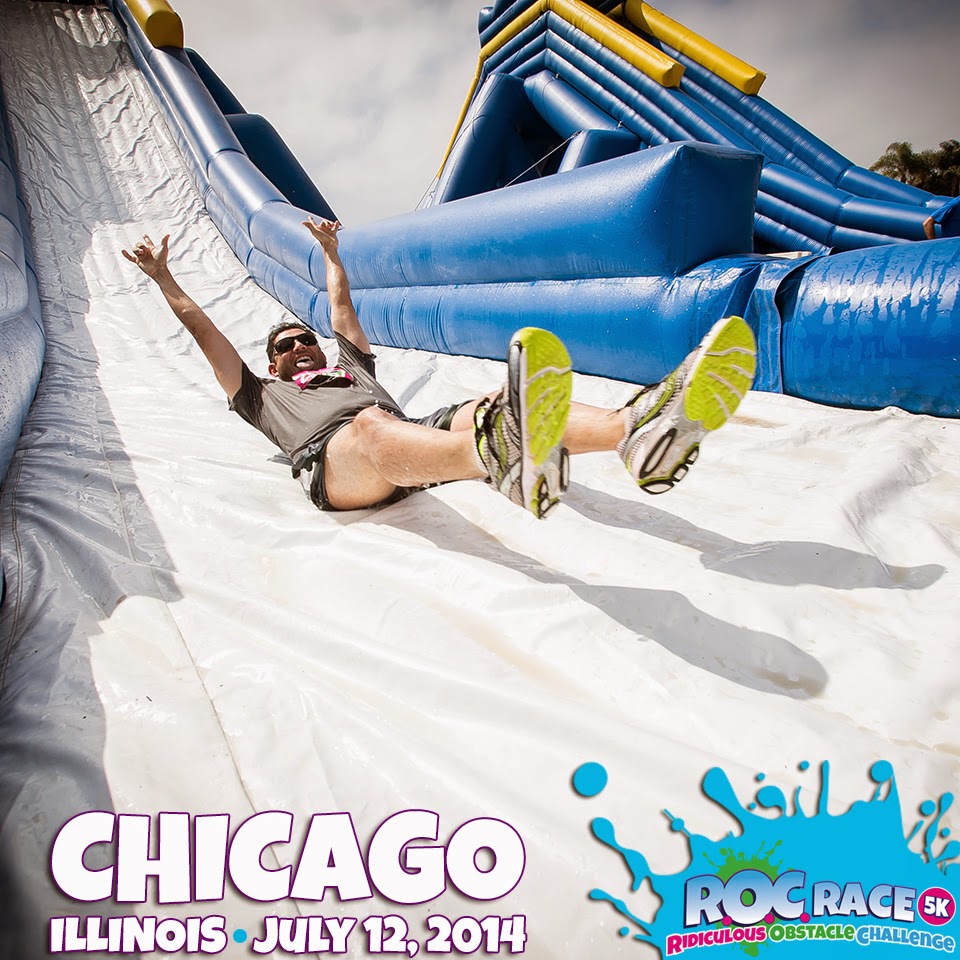 April 01, 2018
April 1: Character Assassination presents The Roast of Disney Princesses at Laugh Factory The latest entry in the Character Assassination roast show series pits a collection of Disney princesses -played by Chicago comics - against each other. Starring Allison Dunne, Alex Kumin, Sarah Shockey, Gena Gephart, Audrey Jonas, Eunji Kim, Samantha Berkman, Stephanie Weber and Mandee McKelvey. April 2: Comedy Overload Open Mic at Gallery Cabaret A weekly open mic open to all forms of comedy that takes place at a sweet venue in Bucktown. April 3: Shake 'Em Up Comedy Showcase at Shakers on Clark   This free two-hour comedy showcase is hosted by Darrick J and Nate Galloway. Comics get between four and 10 minutes each and the hosts let comedians know a bit needs work by hitting a bell and "shaking 'em up." April 4: Comedians You Should Know at Timothy O'Toole's Really you should be catching this weekly showcase at Timothy O'Toole's e
175 comments
Read more

May 06, 2012
After the Run to Remember yesterday, today was a double-header, starting off with the 4-mile C4 Miles at 8 this morning in front of Peggy Notebaert and wrapping up with the 5-mile Cinco de Miler at 9:30 in Montrose Harbor. I was a little nervous about being able to make it to both, but I ended up with time to spare (thanks to the help of a cab that dropped me off at the packed turn-off to Montrose Harbor). Biking from the first race to the second would have been ideal... but I don't have a bike. And I wasn't about to run the three miles between the races carrying my gear check bag. Turn-off at Montrose Harbor Anyway, my complete reviews of both races are up on Newcity.com: C4 Miles review Cinco de Miler review The races really couldn't have been more different: Starting line at Cinco de Miler C4 Miles was a quiet, relatively casual event, with probably around 350 participants (half running/half walking) and no pace groups. Since runners quickly go
17 comments
Read more