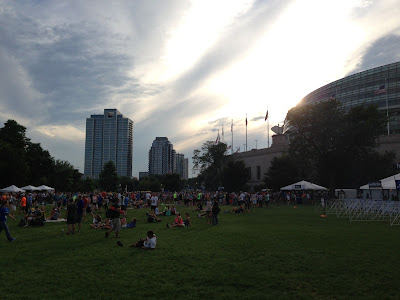 I loved the Terrapin 5K & Music Festival last year and I thought it was even better this year. Although it felt like there were more people than last year it turns out there were almost 1000 less runners at the Terrapin 5K than there were in 2012. But with just under 2500 runners it still felt like a big event. I went to physical therapy in the morning and then ran the race in the evening and felt okay. Looking at the results I was surprised that I finished with a 23:43 (I thought I was around 24:30) and my knee feels okay today... so maybe the physical therapy is actually working.

Anyway, my full review is up at Newcity.com so I'll just hit some high points here. 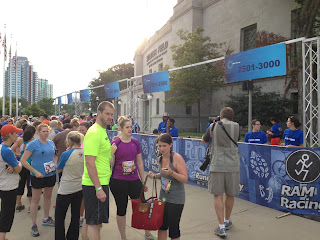 So, anyway, I felt good about calling the Terrapin 5K one of the top 5 5Ks in Chicago last year. I think it might make that list again for 2013.

In conclusion, here are some people waiting for the race to start and then some food on a frisbee: 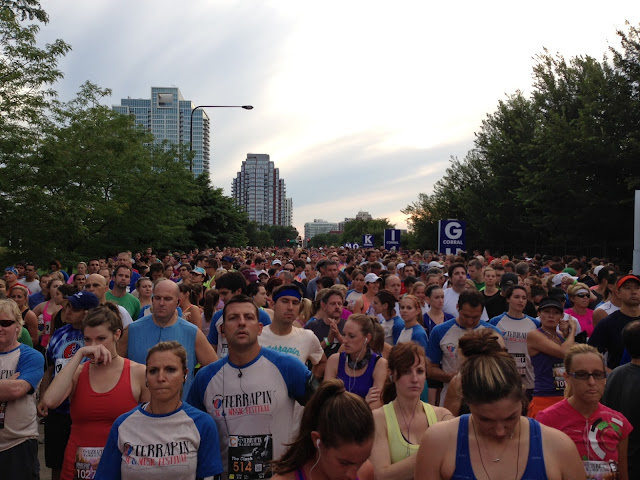 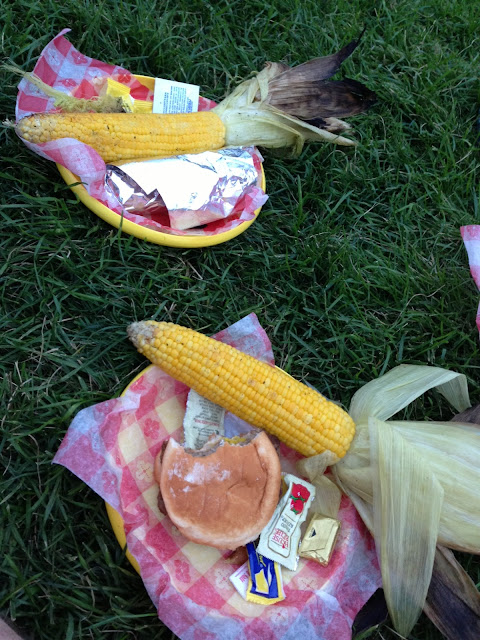