April 14, 2013
I ran the Start Early 10K yesterday morning. My review is up at Newcity with more of a description of the race. Overall it was an okay race, mostly on the Lakefront Trail.

As I said in my review, I was pretty disappointed by the attitudes of several of the volunteers in the race day registration booth. I've only volunteered for a few races, and I know it can be mentally and physically exhausting, but if you're out there representing the group that you're volunteering for you should at least make an effort to smile at the people participating in the event. You might as well not volunteer if you're going to make the organization look bad.

Seriously though, the rest of the volunteers were great.

Anyway, here's what it looked like when I got there around 9:45. The clouds seemed to be dissipating and the sun was coming out to dry the rain: 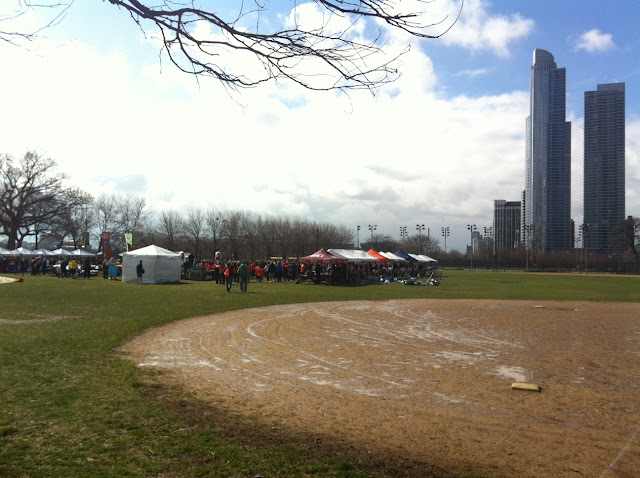 But darker clouds started moving in: 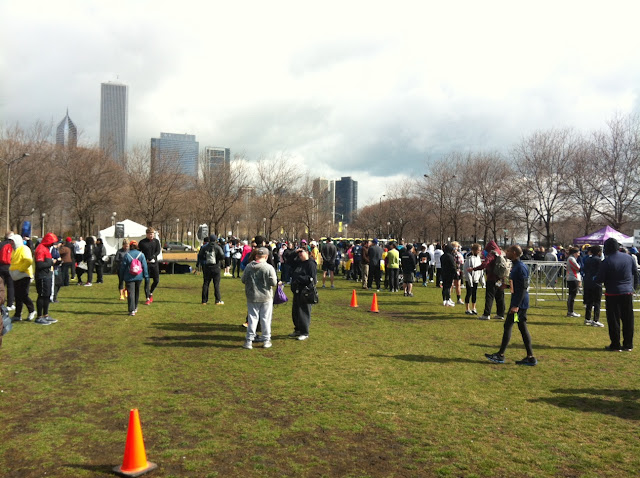 And by the time the 10K started at 10:20 it was pretty overcast. I was glad I didn't check my jacket and just go with a long-sleeve shirt. Unlike the Shamrock Shuffle last weekend I needed a jacket this time: 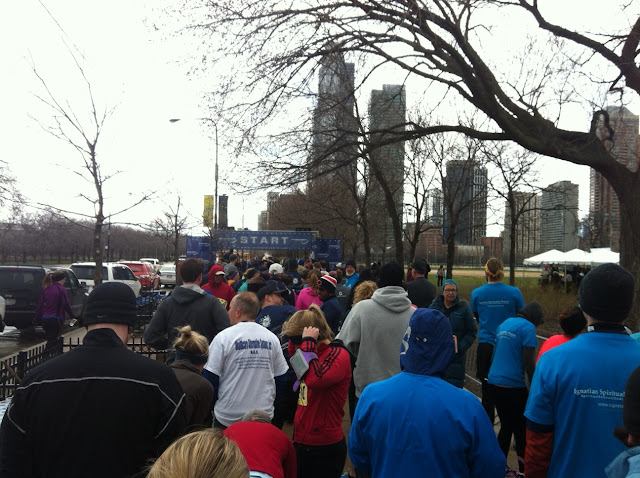 And then I made this Vine at the finish line.